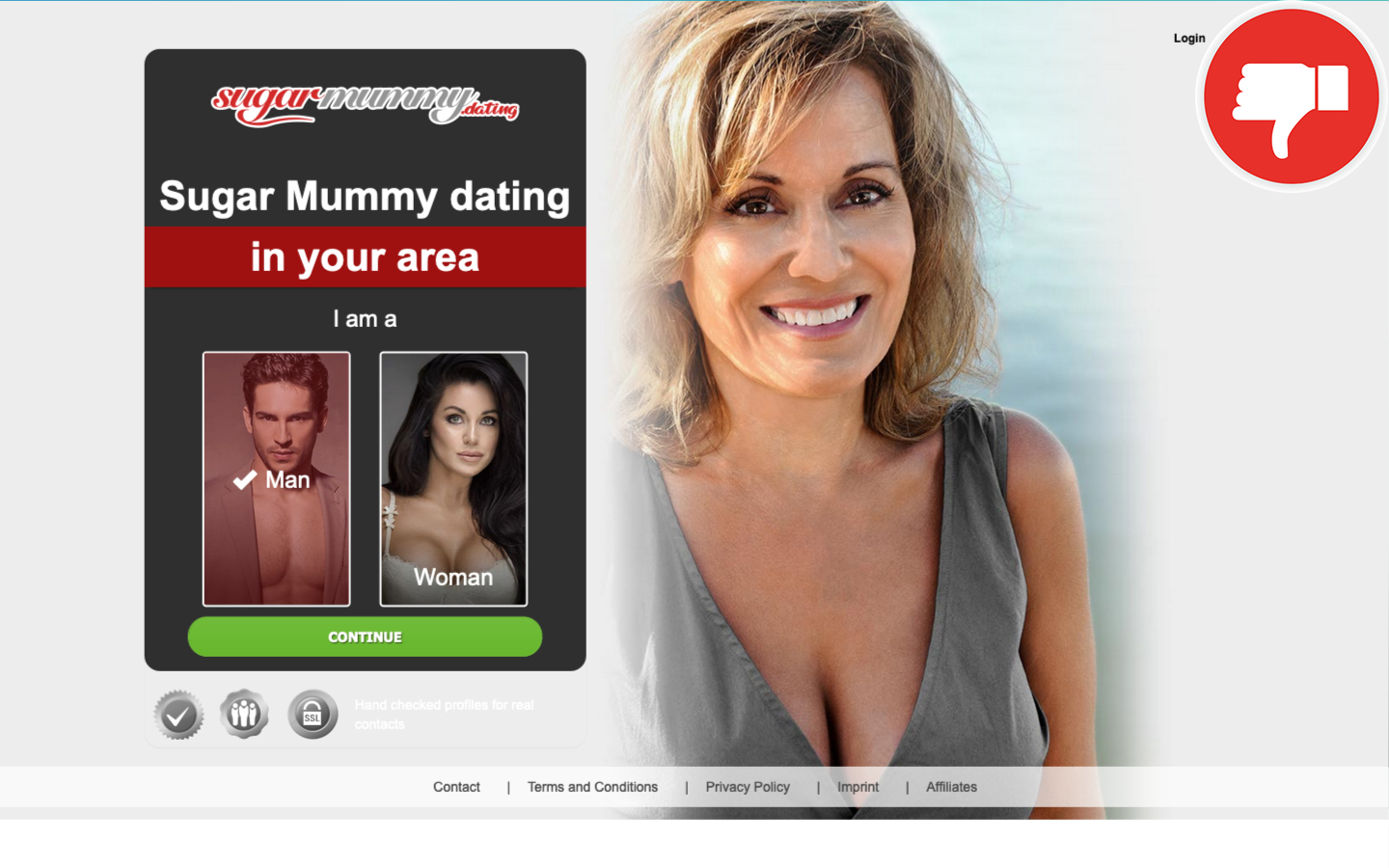 SugarMummy.dating offers a free registration and seems to have a big members’ pool. We did some research and found out that it is part of the network of the company, Date4Friend AG. That company is well known for its rip-off with a subscription trap. Moreover, many former customers claim that the members’ pool is filled with fake profiles.

Those fake profiles seem to be managed by fake operators that entice the user to get a paid membership. A subscription for a trial or premium-membership will extend automatically if it is not terminated by the the deadline. That is not possible with a trial membership, so the user gets trapped.

Scroll down to read the details of our SugarMummy.dating review.

Details on the SugarMummy.dating review

The online dating portal SugarMummy.dating advertises with a free registration. On the landing page is no further information available. The operator does not inform about costs which arise later. Costs will originate for a subscription for a premium-membership, which is quite expensive. A paid membership will be needed, if a user wants to read or to send messages to other members of the site.

In the end, we found a lot of negative reviews on the internet by former customers that complain about a fake chat. According to that information, the members’ pool is filled with fake profiles that are managed by fake operators. Those fake operators will entice the user to a chat for which the user must pay. A fake chat is not mentioned in the terms and conditions.

The operator is famous for its rip-off

This site is operated by Date4Friend AG, based in Zug, Switzerland. The company is well known for its huge network of scam dating sites. According to the information that we found the network includes a few hundred dating portals. All of them are a cheeky subscription trap. The tricks used by the operator are always the same.

Right after the registration a new member will get a free basic-membership which is useless. This kind of membership does not allow any action on the site. Many messages arrive at the virtual post box of the user that entice the customer to get a paid subscription. A normal membership is quite expensive. Then, the operator of the portal offers a cheap trial membership.

The conclusion from our SugarMummy.dating review

SugarMummy.dating is a scam with a subscription trap plus it appears to be a fake chat as well. According to the information that we found the members’ pool is filled with fake profiles. These are managed by fake operators. Those fake operators entice the user to pay for an expensive membership that will extend automatically.

Let us know your SugarMummy.dating experience in the comments as well.