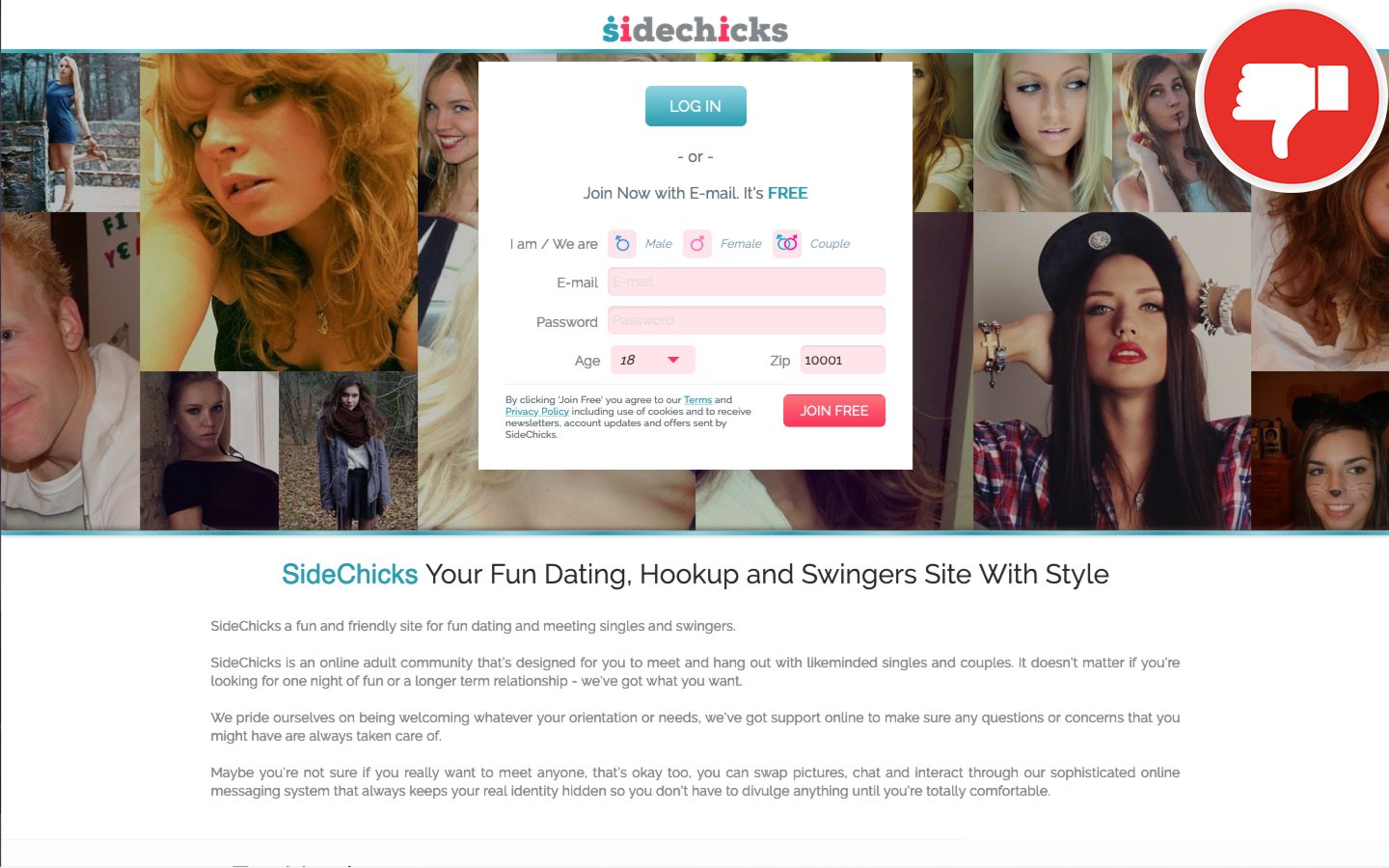 SideChicks.co advertises with a solid offer. On the landing page, we see some profile pictures. But our research shows that those profiles are fake and show fictional people. It is not possible to meet a real person here, according to the reviews from former users. This website is a scam with a fake chat.

After the registration, fake chat operators will get in touch with a new member. With many messages, they stimulate users into a chat for which costs will occur. To reply, a user will need a paid membership. This will extend automatically if it is not terminated in time. That sounds like a trap to us. The operator of the site is Morganite Ltd, who are based in Nicosia, Cyprus.

Scroll down to read the details of our SideChicks.co review.

Details on the SideChicks.co review

SideChicks.co advertises with a good offer. Also, the appearance of the site is nice. On the landing page, we read about free registration and that the website has a lot of members. Well, that sounds more than promising. As we see it, this portal is a casual dating portal. At least, that is what the name of the platform says us. The registration is not only free but also done in just a few minutes. It will not take too long before you have created an account. Then you can enjoy all the great advantages of the site.

This site advertises with misleading information

The first impression of the online dating portal SideChicks.co is good. But our research shows that this portal is not a good choice. It all starts with misleading information on the landing page. The registration is free, but after that costs will occur for a paid membership. That paid membership is offered as a subscription which will extend automatically. Usually, that is not a problem at all. But here it seems to be used to trap people. We found some reviews about a subscription rip-off. In general, the reputation of the website is terrible.

We also found many reports about a fake chat scam. According to that information, the website is full of fake profiles which show fictional people. Plus, fake chat operators control the fake profiles. They will stimulate new users into a chat for which costs will occur. To reply to the messages from the operators, a paid membership is needed. That is the purpose of the fake chat.

Another problem is that the fake chat operators will not identify as such. A fake profile is also not marked as such. So, the user does not know about moderation which makes it a fake chat.

We found the following note in the terms and conditions

BUT MAY BE INCLUDED FOR ENTERTAINMENT AND EDUCATIONAL PURPOSES ONLY (LIFE EVENTS, EXPERIENCES, INTERESTS, AND GEOGRAPHIC LOCATIONS WOULD BE FICTITIOUS AND NOTHING CONTAINED IN ANY SUCH COMPANY-MANAGED PROFILES OR MESSAGES IS INTENDED TO DESCRIBE OR RESEMBLE ANY REAL PERSON - LIVING OR DEAD).

The bad reputation on the internet

We did some research on the internet. We found many negative reviews about this site. Also, the reputation of the operator is not good at all. Former customers describe their experience, which was bad, in general. They claim that the members´ pool is filled with fake profiles only. It is not possible to meet one real person. Plus, the automatic renewal of the subscription seems to be used as a trap.

The conclusion from our SideChicks.co review

The online dating portal SideChicks.co is a rip-off with a fake chat and a subscription trap. According to the reports on the internet, all profiles are fake and show fictional people. The fake chat operators will not identify as a fictional person. So, the user does not know about moderation. Plus, costs will occur for a paid membership which appears to be a trap.

Let us know your SideChicks.co experience in the comments as well.