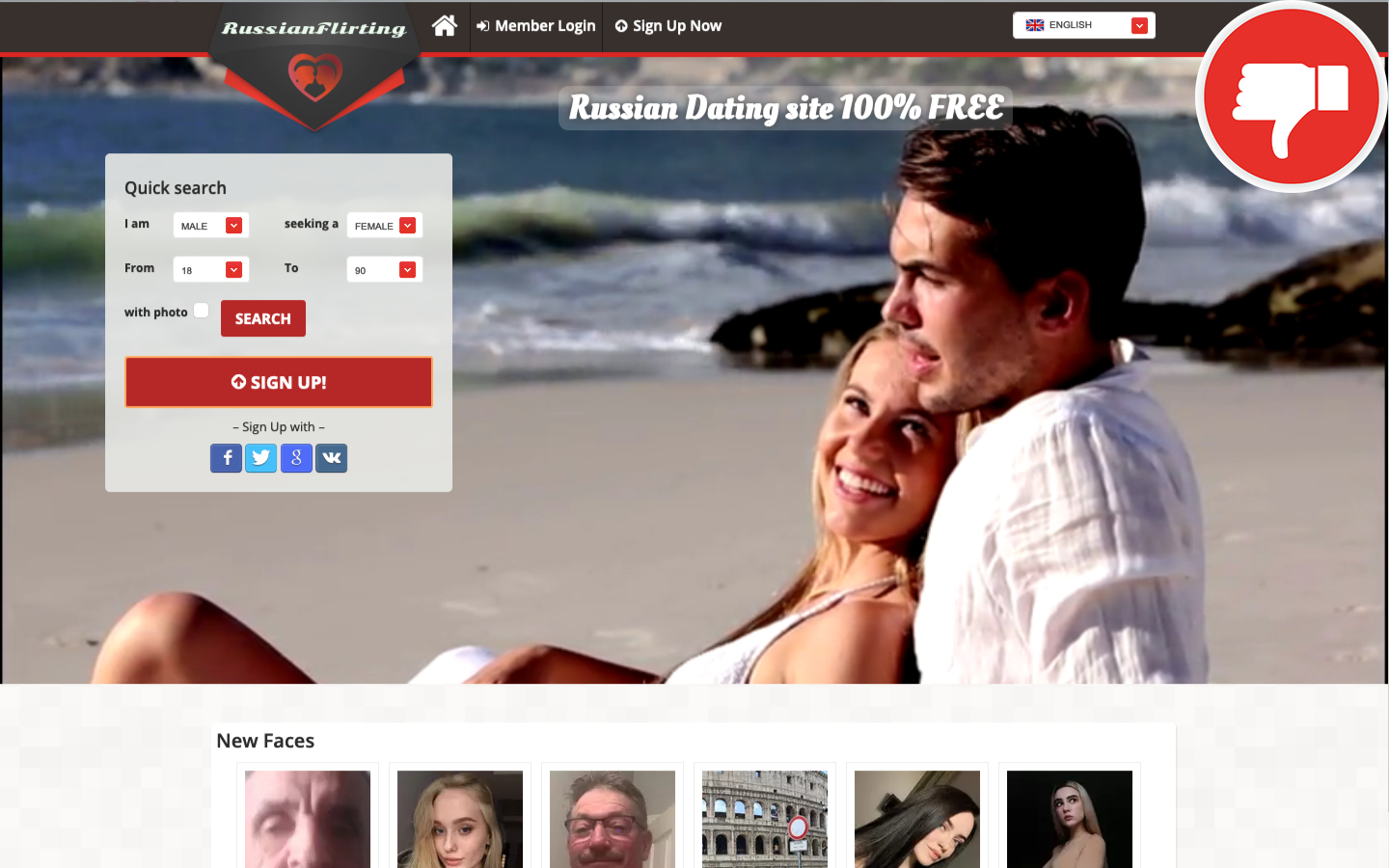 RussianFlirting.com advertises with free registration and many profile pictures on the landing page. The online dating portal looks promising, but the reputation of the site is bad. On the internet, we found many negative reports by former customers about a scam.

According to the information that we found this portal is filled with fake profiles. Also, fake profiles seem to be controlled by fake operators. They entice the user into a chat for which the customers must pay. However, proof for the fake chat is missing. But in general, this portal does not appear trustworthy. The operator of the site is AimDate LLC.

Scroll down to read the details of our RussianFlirting.com review.

Details on the RussianFlirting.com review

At first sight, the online dating portal RussianFlirting.com looks good. On the landing page we see a selection of good-looking profile pictures. This appears to be quite promising. But we found some hints that the profiles are fake. Not only the profiles on the landing page but also the profiles in the members´ pool. We did some research on the internet and found many negative reports from former customers. In general, the reputation of the site is not good. Former customers speak of a rip-off with a fake chat. According to that information, the profiles in the members´ pool are fake and controlled by fake operators. They will get in touch with new users to stimulate them into a conversation. But, the user does not know about moderation. Plus, the operator of the site will charge money for the use of the portal.

The bad reputation of the site

The online dating portal RussianFlirting.com might be a scam with a fake chat. We checked the legal information of the site. We did not find a note about moderation. The operator of the portal does not mention fictional profiles or fake operators in the terms and conditions. So, proof is missing. But the bad reputation of the site makes it untrustworthy and non-reputable. The operator of the platform AimDate LLC. which is based in Wyoming, USA. However, we did not find the location of the company on the site itself. We had to check it out on the internet. In general, the site is not transparent. Also, costs will occur after the registration for a paid membership. Costs are not explained on the landing page. That makes it suspicious. Additionally, many former customers mentioned a subscription scam which will end in a trap.

The conclusion from our RussianFlirting.com review

The online dating portal RussianFlirting.com has a bad reputation. Former customers complain about a rip-off with a fake chat and a subscription trap. In general, proof for a fake chat scam is missing. But the website does not appear trustworthy enough for anyone to make any purchase. Costs will occur after the registration. According to some reviews, that will end in an expensive trap.

Let us know your RussianFlirting.com experience in the comments as well.