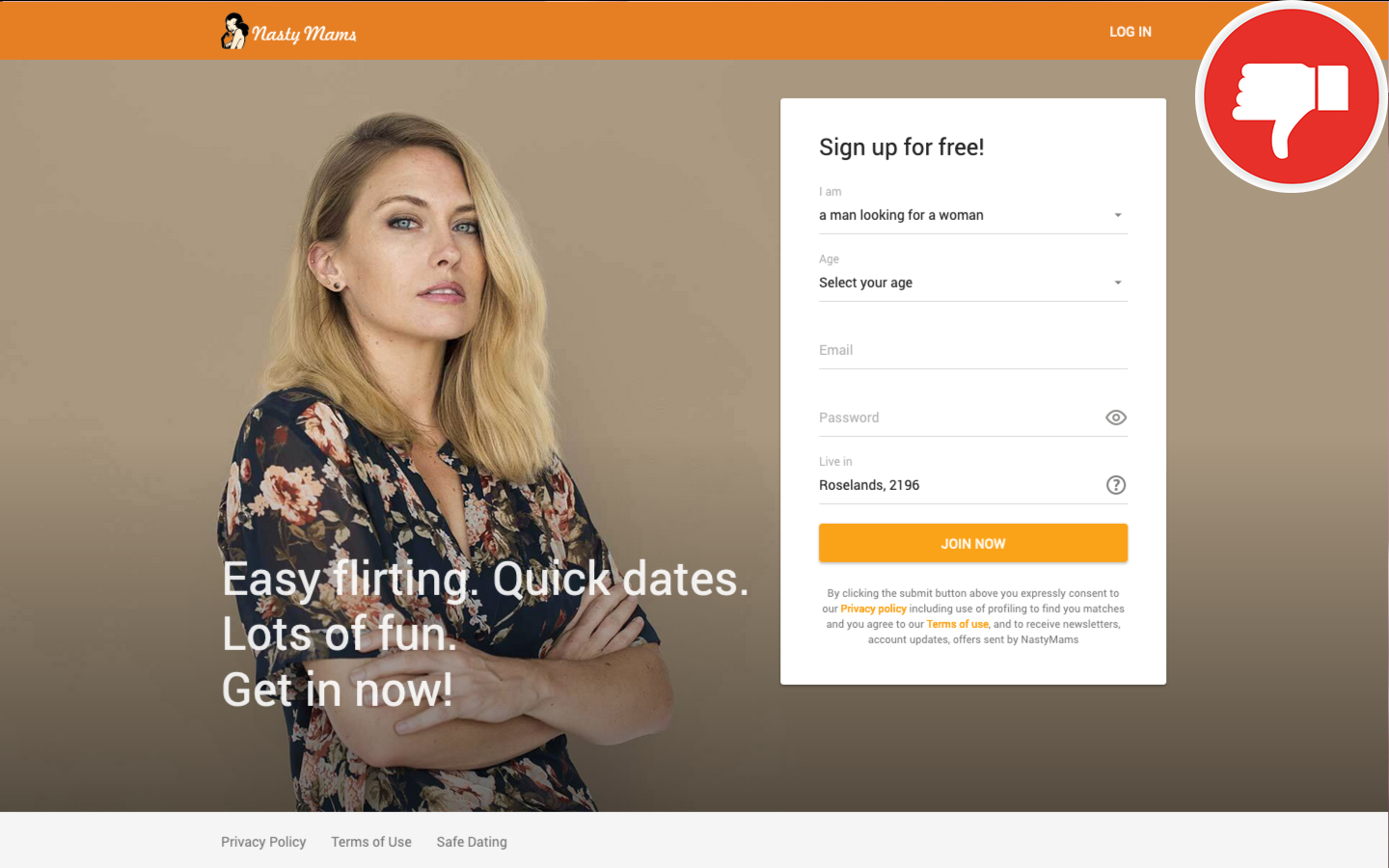 NastyMams.com advertises with free registration. On the landing page, we read about the offer of the site. It sounds great, but it is all misleading advertising. This portal is a scam. We did some research and found reviews about a fake chat. Former users had the experience of chatting with a moderated fake profile.

Plus, costs will occur after the free registration. A user needs a premium membership, which is offered as a subscription. That subscription will extend automatically if it is not terminated in time. This does not have to be bad. But in this case, it is a subscription rip-off. The operator is known for this trick. This website is operated by Blue Vision, who are based in Sofia, Bulgaria.

Scroll down to read the details of our NastyMams.com review.

Details on the NastyMams.com review

This site is not good at all

Of course, misleading information for advertising is not a scam. But we read some reviews about a fake chat. Former users explain that they received many messages after the registration. Those messages appear to come from fake chat operators who stimulate members into a chat. But to reply, costs will occur. That accusation sounds reliable because the operator has a bad reputation on the internet. Plus, the reports by former users are remarkably similar, which makes them more trustworthy. Anyway, proof for a fake chat is missing. The operator mentions nothing in the legal information.

The bad reputation of the operator

Because the operator of the website is well-known for bad service on the internet, we cannot trust the terms and conditions. Even if fake profiles are not mentioned, they might exist. However, the real rip-off is a subscription trap. A user must pay for a membership to be able to read and send messages. The normal premium-membership is quite expensive. But a cheap trial membership is offered that runs for three days.

The reports on the internet mention that the trial membership is the actual trap. We know how it works. In the terms and conditions, a deadline for termination is mentioned which is 72 hours. So, the trial membership cannot be terminated in time. Moreover, we found reviews on the internet that describe another cheeky trick. The messages that seem to come from fake chat operators will be deleted within 24 hours if the user does not purchase a paid membership.

The conclusion from our NastyMams.com review

NastyMams.com is a scam with a subscription trap. Plus, we found many reviews about a fake chat. Costs will occur for an expensive membership which is needed to read and send messages. But the rates for a normal subscription make it less interesting. A trial membership will be offered which is the actual trap as it cannot be terminated in time.

Let us know your NastyMams.com experience in the comments as well.