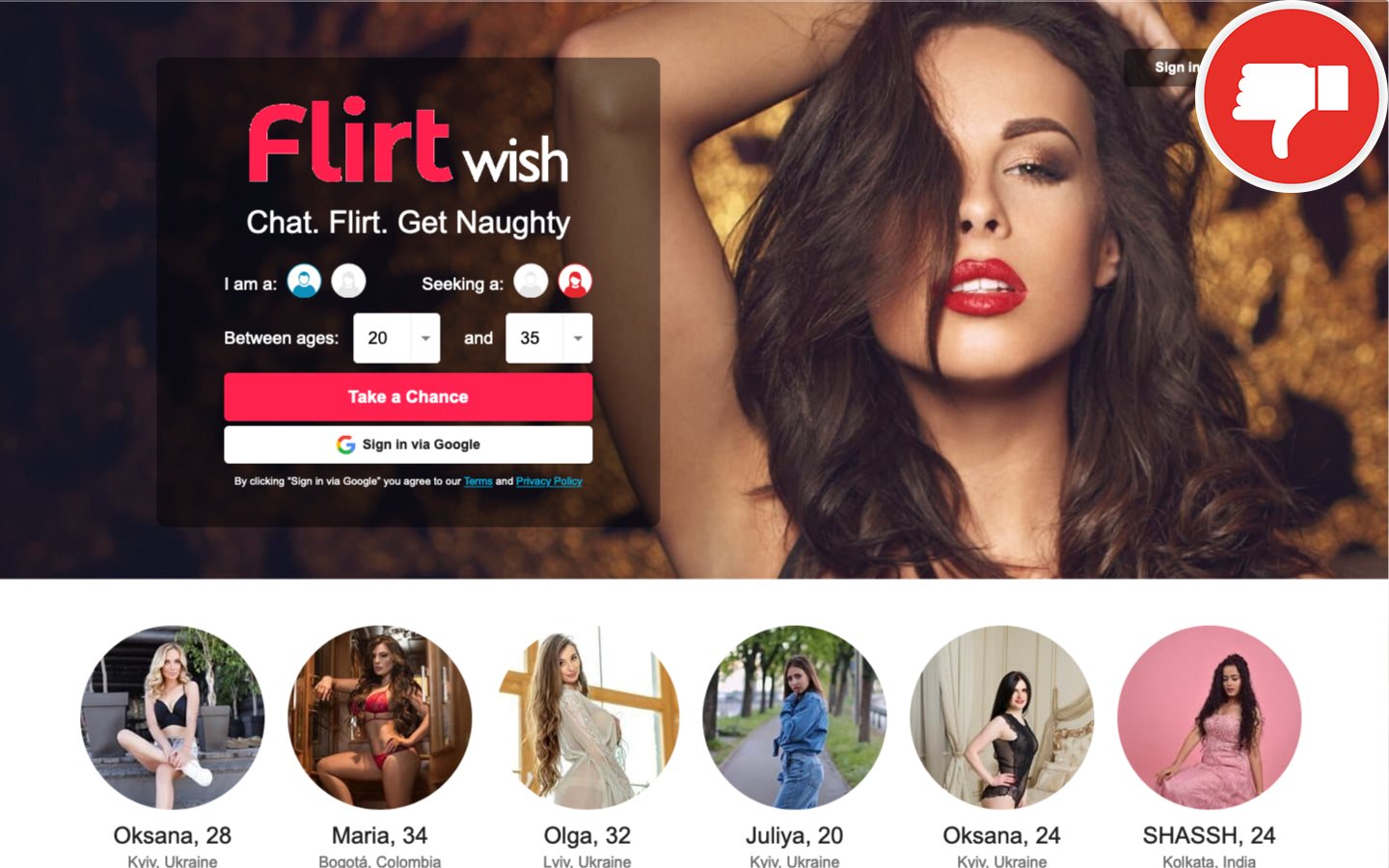 The online dating portal FlirtWish.com advertises with a good-looking landing page. But we did some research about the site and its operator and found some negative reviews, especially about the company that runs the platform, Venta Solutions PTE. LTD.

Scroll down to read the details of our FlirtWish.com review.

Details on the FlirtWish.com review

The landing page of FlirtWish.com looks good. We read some general information about the site and its offer but some important details like the charges of the site are missing. So, we did some research about the portal that claims to have many members around the world. But our research was quite unsuccessful as the dating portal seems to be unknown on the net.

That is quite strange as the website claims to have a high number of active users. We continued with our search for more details and the more research we did, the more suspicious we became. After a while we found some reviews which mention that this site is a fake chat scam.

Nothing mentioned about a fake chat or fake operators

We tried to prove that and read the terms and conditions of the site. But there is nothing mentioned about a fake chat or fake operators. At least the evidence from the terms about fictional profiles that are used to rip-off the user is missing. We can only mention that some former customers had the experience of a fake chat.

We read in the terms and conditions about the membership and the subscription for it. A subscription will extend automatically, if it is not cancelled in time. That is not a scam itself but it can be part of it. So, we did some more research about customer experiences who got trapped in a subscription scam.

In the end, we found some critical things that may prove that the membership of this site is a subscription trap. Some former customers mentioned a trial membership that could not be cancelled in time and got extended automatically. Plus, we found some negative reviews about the operator Venta Solutions PTE. LTD. that is located in Singapore. We read that the company is well-known for its online dating scam.

The conclusion from our FlirtWish.com review

FlirtWish.com may advertise with a solid offer but in the end, this site is very unknown on the internet. Plus, after an extensive research it turned out that the operator is known for scamming its customers. In some reviews about the dating site we read about a fake chat and a subscription trap but could not prove it. Anyway, this portal does not appear trustworthy at all.

Let us know your FlirtWish.com experience in the comments as well.